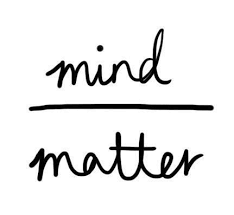 “Olympic Champion Aly Raisman has won 6 Olympic Medals. 3 of them gold.In London in 2012 and in Rio in 2016.  She is considered one of the most accomplished American gymnasts of all time. In her recent 60 Minutes interview shared her important lessons.

Aly dreamed it, saw it, rehearsed it and dedicated herself to it! She authored the book Fierce: How Competing For Myself Changed Everything describing her process. If you’d like to read how Aly put her mind to work for her get her amazing book.

For your convenience I have shared the link.

Click Here To Purchase ‘Fierce’ by Aly Raisman from Amazon

Her coach told her she worked too hard to not be an Olympic Champion because she was a little afraid. She decided he was right. She describe what it was like to know she was going to do well. She also emphasized the difference her thinking made on performance.

‘I felt like I was like floating. It felt like it was effortless and I never felt like that before but it was like the best feeling in the world. I learned a valuable lesson that day. In the all around final I was nervous. I doubted myself and I made a mistake. In the floor final I knew I was going to hit the best routine of my life and I did.’

The Mind Is As Strong As Its Weakest Think – Focus – Certainty

Certainty, knowing you are going to do it, comes from right conditioning and right mindset. It comes from daily practice in creating what you want. Hoping, wishes, wanting doesn’t cut it. Fear, doubting and worry don’t help. BUT Certainty does. Knowing does.

When you become certain, when you know you will succeed, you will succeed! She returned to the Olympics and won Silver in the all around in Rio. She says, ‘I finally competed in an all around without any major error. I finally competed for myself and I finally believed in myself. That was such a good feeling it was really empowering for me.” Isn’t this cool You bet it is. Celebrate everything!” Rex Sikes

ACT TODAY! Stop suffering! Transform yourself and create your best life ever! Enroll In Mind Design™ Today  Stop struggling! It can be easier. Learn to use the mind you have to get what you want!