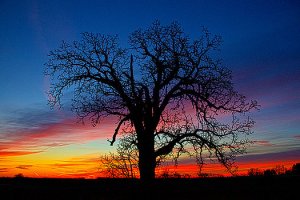 “Some people get the opposite of what they appear to want. They hope and wish but they aren’t creating or attracting their desires. I’ve talked with a few recently. When you talk with them it is easy to understand the issues. It is clear the adjustment they need to make.

For many people IT is what they desire. It is their MAJOR PURPOSE. They want to accomplish something big for themselves It is critical that they do. They want it so much they can taste it.They believe they can. They will absolutely make it happen. They know it!

Determine What You Want – Go For It Positively – Commit To It

It isn’t a matter of ‘if’ it is only a matter of when. When the world throws curve balls at them, they adjust, adapt and continue on. Nothing deters them. They are invincible. The pick up wins along the way. They are positive and optimistic in their pursuit. They get it!

Then there are the rest of the people. Many, who want things but fear the worst. They worry they won’t get what they want. They worry the world or others will somehow prevent them. They feel inadequate and doubt that it will ever happen. They hope, but…

They just don’t ever see it happening. They see calamity, they see trouble and they feel uneasy much of the time. They aren’t necessarily down and out but they think, feel and act as if they are. The think and feel mostly about what they don’t want. They worry.

If we are predominantly occupied with that which we fear,  look out. If it is what we want,enjoy.  Then there are the others. Those Napoleon Hill called ‘drifters’. I was one of these first, fearing second. Drifters are aimless. They don’t have goals. They drift.

One day they go one way. The next day they can go the other way. They are like a cork in the water they go where the current takes them. They aren’t ‘go with the flow’ people because they do want it better. They just don’t aim at anything. They do fear and worry.

They try things but they don’t stick with anything long enough to master it. They don’t focus on a target and make certain they hit it. They look at the target, lob some things at it, miss some, hit some, think ‘oh well’ and move to another target. Hence, they miss out.

Believe In Yourself – Commit To Being A Better Person Each Day

Time spent creating what we want instead of what we don’t want makes the most sense to me. If I want something then it is up to me to get it. That is how it works. Yes, some people are good at waiting on others to provide it. Some people were raised that way.

Some people have been beat down and don’t believe they deserve anything at all. Some people give up. We don’t need to judge others that isn’t what this is about. We need to evaluate ourself and decide what we will do about creating our life and our future. Ask yourself?

Train Your Mind To See The Good In Every Situation

What kind of life do I want, for me, my kids, the rest of the world? How do I contribute to that and help make it happen? What can I do each moment that brings me great joy and fulfillment? How can I share that with others so they can too? There are many questions.

You might have others. Simply ask yourself what you want? Don’t bother with HOW! You may not know how yet. That is fine. You do not have to know how yet. YOU HAVE TO KNOW WHAT YOU WANT FIRST! Too many miss out trying to figure out how.

Think Positive And Positive Things Will Start To Happen

The how will come as you clarify the want. You will ultimately build a plan but you don’t need to wait. You go as far as you can see and when you get there you can see farther. Do you get that? Don’t put things off because you don’t know how. How is irrelevant!

Edison didn’t know how to make a light bulb work until he made one. Until he succeeded he was trying things, experimenting, but he did not know how to do it. The Wright Brothers did the same with flight. No one had flown before. No one knew how to. They did it by trying.

Focus on building something better, something wonderful for yourself. Stop worrying about the opposite. Stop the excuses as to why you can’t, or won’t. Stop blaming and complaining. Start deciding you can and you will. Commit to making it happen.

The Mind Is Everything – What You Think About You Become

After years of attracting the wrong people, events and situations into my life I decided to THINK DIFFERENTLY and create what I want instead of what I don’t. Funny thing is, it works.  We each come to it in our own time. We may have missed it many times previously.

When we are ready the teacher appears. That IS how it works. We wake up to new opportunity. We awaken to a new way of being. Until then we repeat the old conditioned ways. Once we awaken we work to develop new thought, feeling and behavior habits.

Make your dreams come true. Think ‘I can’! Think positive. Then consider this. Together, how can we build a better world? Think positive.  What CAN we begin to do?  We might not have all the answers yet, but we will find them as we apply ourselves.

Your Happiness In Life Depends On The Quality Of Your Thoughts

Think about possible positive outcomes. Find them and amplify them. Let’s make more good. Let’s let go of the bad. Let’s concentrate on what we want our future to be. Let’s get on the same positive, optimistic, powerful page. Then let’s work to bring it about.

You know the saying. ‘Don’t waste time tearing down the old. Spend your time wisely building the new.’ That is my preference. Get your life in order. Create the future you want and along the way help others. Together, we can build a better tomorrow. Celebrate everything!” Rex Sikes

How big and how often can you smile more today?

NEW BLOG SITE LAUNCHES SOON – Do you get this blog emailed to you? You will have  to again subscribe to this blog, newsletter. I’d hate for you to miss anything when it switches. Subscribe and Follow Daily Inspiration and Gratitude!